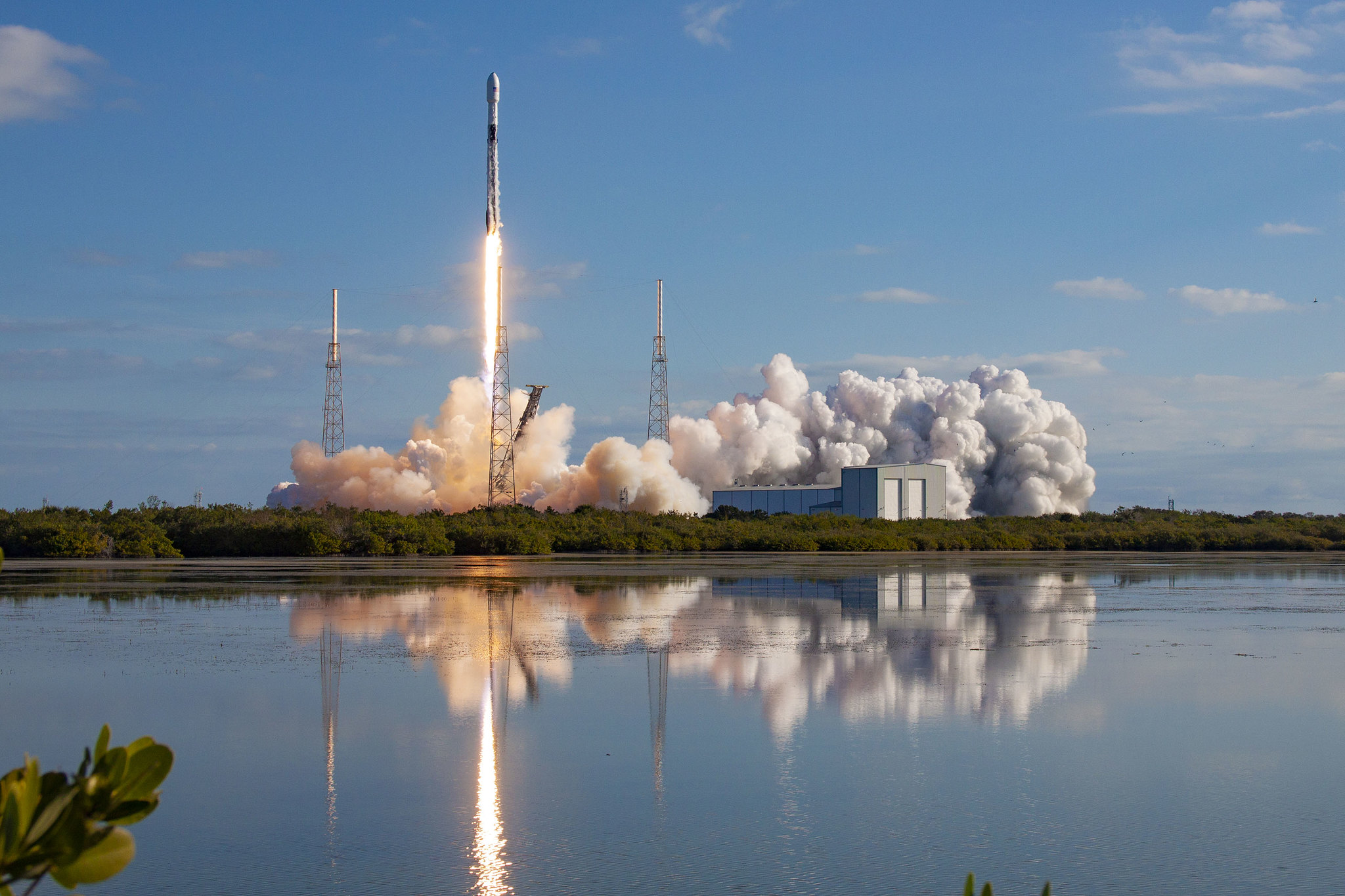 I’m something of a SpaceX fan-boy. I’ve long been an aerospace enthusiast. Seeing the path Elon Musk’s SpaceX is forging is easily the most uplifting endeavor in space travel we’ve experienced in some time.

Between frequent Starlink missions and the rapid simultaneous construction of Starship SN1 and Starship SN2, I wonder what else SpaceX is planning.

Is Elon Musk going to land a Starship on Mars by summer?

I don’t think Mars is likely, but it got me thinking: Could Musk decide to land a Starship on Phobos, one of the Mars moons?

A Phobos landing is also not likely, but before you think it’s completely crazy, hear me out.

I lost my enthusiasm for NASA’s space shuttle program before the Challenger disaster and I’ve long been a critic of the International Space Station (ISS). Space enthusiasts like me have long grown accustomed to disappointment.

DC-X provided a short-lived glimmer of hope when it appeared seemingly out of nowhere.

The X-33 program almost rekindled that hope, but it quickly became yet another financial boondoggle that never lived up to any of its promises.

And then Elon Musk and SpaceX came onto the scene with crazy promises, seemingly ridiculous deadlines, and an incredible drive to get things done.

Musk sent his old Tesla Roadster into space on the Falcon Heavy rocket. He started landing rockets on a drone ship in the middle of the Atlantic. He’s launching Starlink satellites into orbit to deliver high-speed internet service.In short, Musk started making good on his plans and promises. And space enthusiasts like me, watching from the sidelines for decades, proudly claimed titles of “fan-boy” (something I don’t do very often, as I prefer to be a participant than a spectator in most endeavors) and started watching SpaceX very closely.

Space enthusiasts once again have hope. But some of us may have higher expectations than others.

SpaceX to Send Starship SN2 to Mars by Summer?

An interesting video popped up in my YouTube feed the other day. “Spaceman Dave” from the YouTube show Mars or Bust! presented the idea that Elon Musk could be considering launching a Starship to Mars when the next Hohmann Transfer window opens, between July 17 and August 5, 2020.

My first thought, despite being a hopeful SpaceX fanboy, was: “That’s not going to happen.”

Most fans of SpaceX and Musk have heard of the phrase “Elon Time” by now. Musk has had a reputation for setting extremely optimistic goals – and sometimes missing his own deadlines.

So, getting a Starship to Mars in 2020 seems extremely unlikely. SpaceX has revealed the latest plan involves two Starships to Mars in 2022. And even that sounds extremely optimistic. But, again, we’re accustomed to Musk’s ambitious predictions.

Then I discovered this cryptic tweet from August 2019 that seems to imply he hasn’t ruled out a Starship launch to Mars in 2020.

When we start to think about recent events, it starts to become more of a possibility.

The Boca Chica SpaceX facility in Texas seems to be moving ever faster in the builds of Starship SN1 and SN2. Musk recently held Starship Career Day at the Boca Chica SpaceX site with the goal of staffing up his space company to create four full production shifts, enabling 24/7 operations in Boca Chica.

Parts of SN2 are already built. And it’s possible that parts for SN3 are also under construction.

In regard to SN1, Musk tweeted in December that “Flight is hopefully 2 to 3 months away.”

So, it’s entirely possible that a Starship (or even two) will be flying before that July/August window opens. Looking at the build speed for SN1, I suspect the 20km flight will happen before the end of March – which would put it right on time as far as Musk’s forecast from late December.

While not directly related to SpaceX, it’s also worth noting that the Tesla Model Y is set to begin shipping approximately six months ahead of schedule. “Elon Time” no longer means behind schedule, but anywhere from incredibly early to right on time or a little bit late.

Even considering all this, it may not be possible to send a Starship prototype to Mars this summer. To get to orbit, a Starship needs a Super Heavy booster.

I don’t care about claims of a single-stage-to-orbit Starship. Musk, himself, said on Twitter, “[S]ingle stage to orbit with no payload is pointless. Add Super Heavy rocket booster & orbital payload is gigantic.”

With SSTO off the table, the limiting factor may well be the production of Raptor engines. A Starship/Super Heavy stack is currently going to need 41 (or maybe 42) Raptor engines.

Despite SpaceX claims of working towards a production rate of one Raptor per day, the current rate is supposedly closer to one Raptor a month. At that rate, there’s simply no way there could possibly be enough Raptors to power both a Starship and a Super Heavy by July.

Oh, and don’t forget they’ll need a Starship tanker with another six Raptors. And then they have to figure out exactly how to transfer fuel and oxygen while in orbit.

Or can it? I wonder.

More Than Meets the Eye

Many of us SpaceX fans have grown accustomed to seeing quite a lot of what SpaceX is doing, thanks to Musk’s tweets and coverage from journalists and enthusiasts in the SpaceX fan community like BocaChicaGirl and the Everyday Astronaut.

But that hardly means we see everything.

I remember being surprised when SpaceX President and COO Gwynne Shotwell revealed in an interview a few months ago that they already had hundreds of Starlink satellites just sitting in storage waiting to be launched.

Obviously, due to the nature of the aerospace industry, SpaceX doesn’t tell the public everything.

So, we have some factors that could point toward a possible Starship to Mars – or at least Phobos – by summer.

1. Elon Musk does not think like anyone else on the planet. If he even came close, nothing SpaceX is doing would exist.

2. SpaceX is staffing up at incredible speeds to meet some sort of deadline. Is it Mars by 2022? Or something else?

3. The SpaceX team may well be closer to a Starship launch to Mars than anyone knows. The SpaceX fan community can take our best guesses at what components are being built in plain sight in Boca Chica – but there’s a lot we don’t see.

So how does any of this make a Starship to Mars in summer 2020 any more realistic?

Science Fiction-Level Speculation That Could Get Starship SN1 to Phobos

First, let’s remember there will actually be Starships this summer. One? Two? Three? We don’t know.

In all likelihood, SN1 will have finished its test flights and should be heading off either to storage/display or off to be scrapped. SN2 looks like it will be able to make 100km flights and do heat shield tests and quite possibly even go to orbit and return.

Let’s say, instead, SN1 or SN2 gets stripped down to a “hot rod” version of itself. Minimum weight for maximum fuel efficiency.

To create a hot rod version of the SN1, they could increase the fuel and oxidizer tanks a bit or keep the header tanks and change the landing gear to an extremely light weight, wide stance setup. Picture something like a Super-sized Falcon 9 setup. No heat shield.

Just how light can it be? Light enough that the Super Heavy only needs 30 Raptor engines to put this stripped-down SN1 into orbit?

What about if we compromise a bit on the destination? What about instead of actually going to Mars, they land on Phobos?

Hardly any fuel would be needed. A few Super Draco thrusters or a single Merlin engine could be enough. The landing gear could be extremely lightweight, because there’s hardly any surface gravity on Phobos. Strip down the spacecraft enough and you can skip that Starship tanker, too.

What’s the draw to Phobos?

Because of Phobos’ low surface gravity, it actually requires less energy to reach and land on Phobos than it would to reach, land, launch, and then return from our own moon.

Add in a limited mission package that includes some solar panels, cameras, and a radio transmitter, along with anything else the weight budget allows. Elon already put a Tesla Roadster in space. Why not send a “hot rod” version of Starship, as much for the positive publicity for SpaceX as anything else? It would go a long way toward silencing the critics claiming that SpaceX isn’t going to get to Mars any time soon – if at all.

With a bit of guesswork and a dream of lots of Raptors tucked away in hiding somewhere, it may just barely be within the realm of possibility to land a Starship, maybe even SN1, on Phobos.

The other interesting aspect of this oddball speculation is that if SpaceX keeps it quiet and misses the July/August window to Mars, they will have created a super lightweight version of Starship that they could send off on a one-way trip to the moon. SpaceX fans like myself could have plenty of fun speculating about that scenario. 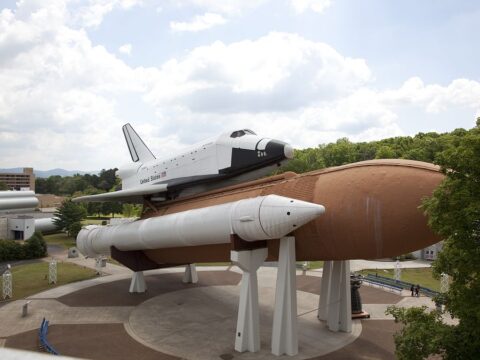 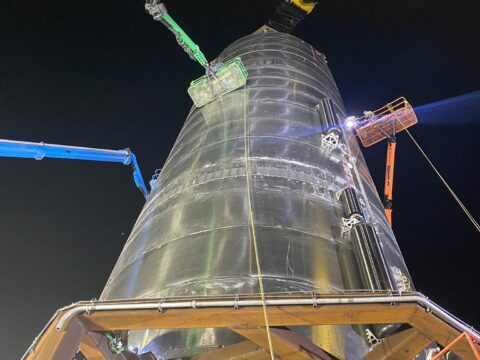 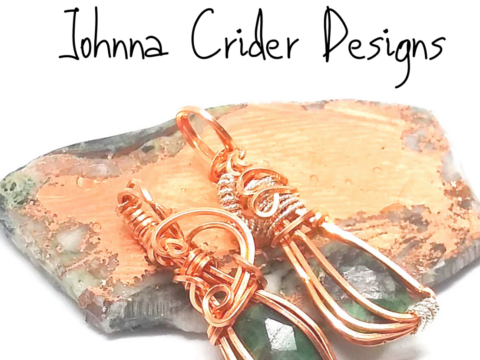