What is an Alternate Reality Game (ARG)?

An Alternate Reality Game is kind of like the 1999 hit movie, The Blair Witch Project of the internet and social media.

ARGs are based in the real world but the whole story line can be altered by the players’ actions. They are dynamic, captivating, and use cross-platform, transmedia immersion to delivering a compelling narrative. Much like The Blair Witch Project.

ARGs resemble the same kind of hoax or anecdote BWP did when it was first released. This grandfather of the found footage genre (my fave) opened doors to all kinds of immersive storytelling and gameplay. When The BWP was being marketed, no one knew what to think.

How can they release this movie?

Are they really missing?

It was so freaking awesome.

A good ARG captivates an audience and forces them to ask the same questions.

The Fundamentals of ARGs

An ARG is a puzzle, requiring millions of followers to work together to find clues to solve a mystery. They’re typically launched stealthily so that the narrative blends into reality seamlessly.

An ARG draws a fragile line between reality and fiction, moving gracefully between all the platforms you know, and it transforms the way you connect with the world around you.

The most crucial premise of an ARG is its ability to make viewers unable to distinguish between the game and reality. The line that separates both universes must be very thin, almost unrecognizable. The rules of the game shouldn’t be specific but should be discoverable by most participants.

Likewise, the history of the game isn’t presented chronologically. The participant must discover it by collecting scattered pieces in different media, so all the pieces must have an evident unity and connection.

Another fundamental part of ARGs is that they operate in multiple spaces. When you play a video game, you’re limited to an imaginary world on your PC or console, or the experience of a role-playing game is limited to a board or a place and time like LARPing.

ARG pieces are hidden within the network, in public spaces, on different social media accounts. The clues can be found in a book passage, a magazine ad, the words of a stranger, an odd text, a mysterious phone call, and much more.

Sometimes it even takes days or weeks for someone to figure out that “the weird story” they found on YouTube or Tik Tok is an ARG. (Keep an eye out in the days ahead for my roundup of the best ARGs that will keep you entertained for weeks. Maybe even months.)

Cicada 3310 and Jejune Institute: The Most Well-Known ARGs

On January 1, 2012, an unusual image was published in 4Chan. On a black background, white letters said:

“Hi. We are looking for highly intelligent individuals. To find them, we have designed a test.

There is a hidden message in this image. Find it, and it will put you on the road to get us. We want to meet the few who manage to do it.

A person in Sweden managed to decipher the first clue, and the game was on. This social media post was just the beginning of a digital journey that took him to web addresses, more coded images, Mayan numbers, QR codes on posters placed on the street, and references to literature and philosophy.

That image was the beginning of Cicada 3301, one of the most elaborate and challenging ARGs. Hundreds of people joined the search, but only a few managed to finish the mission. There are all kinds of theories about those behind Cicada 3301. Maybe they’re a cyber-mercenary recruitment organization, the CIA, the FBI… who knows? No one, because no one has ever claimed responsibility for this ARG, even though new clues are published every year.

Between 2008 and 2011, flyers began to appear in the city of San Francisco that advertised something called the “Foundation of Aquatic Thought.” They offered dolphin therapy, connecting your brain with that of a dolphin, as well as providing devices that protected you with force fields, and cameras that projected images of the past and the future, among other things.

All advertising pointed to an address, where the Jejune Institute was located. Upon arriving, players were told about “socio-reengineering” and invited them to an induction. It was like entering a terrifying cult, but in reality, it was an ARG.

More than 7,000 people participated in this game in which they had to solve puzzles, tour the city, find clues, and perform actions such as dancing in the street, in addition to attending meetings and retreats.

The level of commitment and concentration of the participants throughout the game was impressive. You can see it in the documentary The Institute, where the mastermind behind this ARG, an artist named Jeff Hull, reveals all the details.

Not All ARGs Are Super Intense Fact-Finding Missions

ARGs are used to stimulate our collective imagination to solve real problems, like playing “World Without Oil,” where you depend on a real community to fix specific issues that we might face in the future.

ARGs are also incredibly effective advertising devices. Do you remember the Why So Serious campaign from 2007? A website was created to promote The Dark Knight using alternate reality gaming components, sending curious participants to Comic Con in search of hidden messages.

Imagine yourself camping. It’s dark. You and your friends are gathered around the campfire telling scary stories. Someone tells a really frightening, nearly-believable ghost story. It’s so good that you’re almost convinced. So you say, “Prove it.”

Then they pull out their phone and prove that the story is true by showing you recorded evidence of the ghost.

That’s what an ARG is like for me. I guess you could call me a lazy ARG fan. I want to be entertained but I have no interest in Nancy Drew-ing it up first. I don’t feel motivated to search for clues or find hidden messages. However, I love to watch it as it unfolds. It’s an alternate reality where victims are kidnapped, houses are haunted, the sun has vanished, and cults are taking over the world.

Unleash Your Inner Voyeur with Your Favorite ARG

There are tons of ARGs if you’re looking for a voyeuristic experience. Lots of them are just exciting stories to watch if you aren’t into participation. Some of the best ARGs are simply entertaining viral ghost stories.

Two of my favorite examples are both on Twitter. The Sun Vanished, and Dear David are both super creepy ARGs and incredibly convincing. They’ll both be included in my next article.

If you want to learn more about ARGs, check out Youtube. There are many videos with wild breakdowns of some of the most awesome ARGs. You’ll learn how to recognize them and hopefully see their entertainment value as well.

Are you an ARG fan? Which ones are your favorites and why? 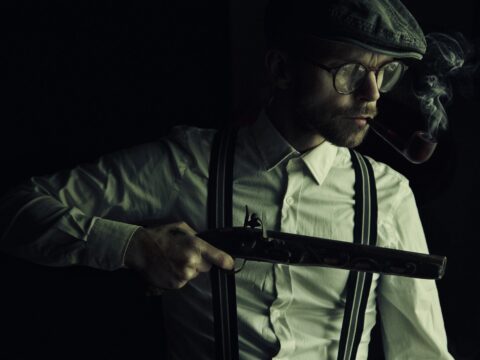 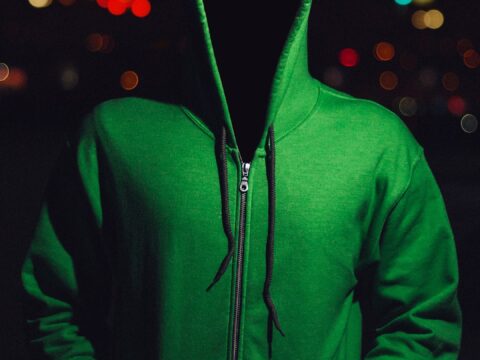 The Best ARGs if You’re New to Alternate Reality Games